Think of oxytocin as glue, promoting bonding and attachment. If all the hormones had an opportunity to vote for the “most popular” hormone in the yearbook, oxytocin would win every time, because it makes others feel good and close when it is active. It has been dubbed the “cuddle hormone” or “love hormone” because it does simply that. Oxytocin creates bonding, trust, and generosity in us. In fact, whenever you feel comfort or security, thank oxytocin. It is involved in every form of human bonding from non-sexual interactions to sexual interactions.

Oxytocin is also involved in childbirth, breast-feeding, and in interactions like hugs or kisses, increasing trust and empathy, but one other crucial time oxytocin gets released is during sex. That’s when this chemical is produced in both partners, creating a bond between them. Released in the brain, this hormone creates an emotional bond between partners.

One of the prominent figures in neuropsychology is Dr. Daniel Amen, who does cutting-edge research in neuropsychology and has helped millions of people have healthier brains, which translates to healthier lives. One of the parts of our brain Dr. Amen mentions is the “deep limbic system” near the center of the brain. It sets the emotional tone of your mind, tags events as internally important, stores highly charged emotional memories, and controls appetite and sleep cycle, among other things. Dr. Daniel Amen writes in his book, Change Your Brain Change Your Life:

“Whenever a person is sexually involved with another person, neurochemical changes occur in both their brains that encourage limbic, emotional bonding. Yet limbic bonding is the reason casual sex doesn’t really work for most people on a whole mind and body level. Two people may decide to have sex “just for the fun of it,” yet something is occurring on another level they might not have decided on at all: sex is enhancing an emotional bond between them whether they want it or not. One person, often the woman, is bound to form an attachment and will be hurt when a casual affair ends. One reason it is usually the woman who is hurt most is that the female limbic system is larger than the male’s.” 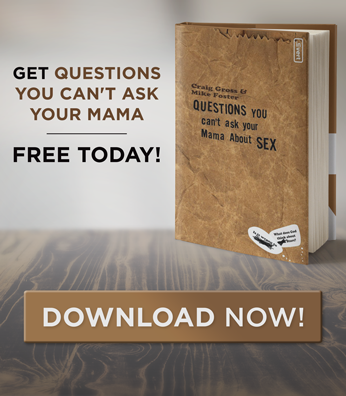 Whether we like it or not, that oxytocin is creating a bond between you and your partner; the more sexual encounters you have, the stronger the bond. (Tweet This!) When oxytocin is released, it also floods our brain with endorphins, a natural opiate that activates the pleasure center in our brain. Oxytocin, combined with vasopressin, “create vivid emotional, sensory memories, which in turn deepens feelings for the love object.” It also brings a couple closer together, brings happiness when “your song” plays, and makes you prefer your partner’s shape, smell, and overall appearance above all.

A person may choose to have sex once, or many times with many different people, and whether they know it or not, a bond gets formed each and every time. When that bond gets broken, well, it hurts. There’s a void. Does this resonate with you? Have you ever felt that hurt and pain after a one-night stand or breakup? Do you find yourself repeatedly playing the scenario in your mind, maybe even thinking of different outcomes? Chances are you are doing these things because of the attachment that was created between you and your partner when you were sexually involved. The emotional attachment that is created during sex (the glue) brings two people together. (Tweet This!)

So, the question we can ponder is: with whom do we want to create a bond sexually? And what does this mean for escapist sexual escapades with pornography? What kind of glue do you want to get stuck to? (Tweet This!)

Have you ever felt that the quality of your sex life in your relationship is suffering and has eroded the emotional bonds that once existed? The good news is that it’s not too late! Best Sex Life Now is an online video course hosted by couples Dave & Ashley Willis and Craig & Jeanette Gross. Enjoy a real, honest conversation about sex, marriage, and intimacy. Get the Best Sex Life Now video course and start having the best sex you ever had!

Start having the BEST SEX NOW!