Only 1% of our audience gives, but we manage to serve 275,000 people each year. Although many pay for our resources, we still experience a gap after scholarships and other operating resources. Will you help us fill this gap and reach our year-end goal of $75,000?

Out of every hundred calls I get, only two are ever like this. Two from pastors who didn’t get caught, who came clean on their own before their addiction progressed to strip clubs, hiring prostitutes, office affairs, or anything else.

I don’t care if they’re pastors or not: these guys are brave. These guys will break free because they are no longer living with the shame and guilt and secrets.

Think about it for a second… Could you come clean without getting caught first? (Tweet This!) I want to say I could, but it’s very difficult to be certain about that.

So what’s next for these guys?

That’s the good news. But now comes the question: what about their jobs?

If they worked for the government, they would have no problem. Heck, Obama’s aides were getting prostitutes on a recent trip, and they just got sent home. But since these men are pastors who work and run churches, they do have a problem, and this is what sucks.

I offered to talk to their boards and do whatever I can to keep these guys in their jobs. Why? Because they are brave, courageous, and had enough integrity to come clean before they get caught. They will be able now to relate to so many more people in their congregation because of this. This is real life stuff that is messy — and that should be okay. It’s a tremendous example to our churches that life is messy. After all, Jesus came for the sick not the healthy and I think we expect way too much of our pastors to think they are the healthiest ones in the congregation. 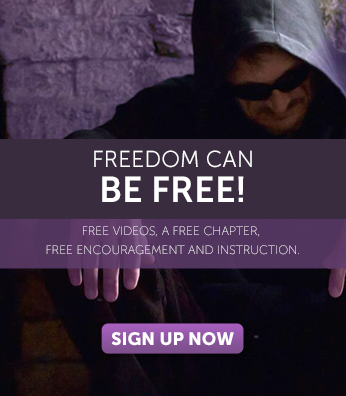 Sometimes — more than you think — pastors are the sickest.

If either of these pastors’ churches fires them, then we have it all wrong. They’re upholding a backward standard:

I have a hard time with the Ted Haggards of this world and other TV guys who have blown their ministries and families into pieces, been caught, and who were able to step right back into ministry. If you get caught, the consequences should be way more severe; if you come clean on your own, there should be grace given and extended.

If these churches fire these guys, then they send a message to the rest of your staff and congregation, making it all the harder for them to come clean on their own. If we want people to live free of this stuff, we have to encourage honesty and openness, and when people do that we can’t push them out the door.

Too harsh? Why risk it? Oh, and you can probably replace the word “job” with “marriage” in there as well, because it will be a lot easier to restore that if you come clean on your own.

The path to freedom begins with you being honest with yourself and with others.